McKinney, Texas—A Collin County criminal court dismissed charges against a man who was originally arrested on a driving while intoxicated charge.  The case involved blood evidence which was challenged by attorney Tab Lawhorn.  The case was set for trial recently and medical records indicated that a prescribed medication produced a false positive for methamphetamine.

Ongoing negotiations between the Collin County District Attorney's Office ultimately stalled when the levels of the substance were challenged by the assistant prosecutor at the pre-trial setting.  The plea bargain offer was rejected by the defense and a jury trial setting was requested.

A week before trial, additional data was obtained by Mr. Lawhorn that showed that the prescribed medication could produce a false result at the levels tested.  The case was recently dismissed.  Mr. Lawhorn now seeks to expunge his client's arrest record. 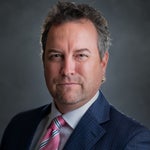