TRIAL AGAINST NATIONAL MOVING COMPANY ENDS IN VICTORY FOR PLAINTIFF

Tyler, Texas.  Attorney Tab Lawhorn represented the Plaintiff in a cause of action against a corporate moving company Defendant.  In 2019, the Plaintiff was transferred to the East Texas area through his employer.  As a benefit, the employer provided moving services to the Plaintiff to transport furniture and other items from a storage location to Plaintiff's new home.  During the moving process, the moving company failed to use proper procedures standard in the industry to protect Plaintiff's personal property from damage.  The damage to Plaintiff's furniture, equipment and other items was extensive.  Furthermore, Defendants caused damage to Plaintiffs real property.

Plaintiff attempted to file a claim for the damage with the moving company but was unable to resolve the matter.  In December of 2020, Plaintiff hired Tab Lawhorn and suit was filed shortly thereafter in Smith County, Texas.

The lawsuit alleged, among other things, that the Defendant was negligent and breached the contract between it and Plaintiff's employer.  Plaintiff was a third-party beneficiary of that contract, and sought damages plus attorney fees.

At the trial setting, and moments before trial commenced, a corporate representative sought to resolve the matter without the necessity of trial.

The case settled for a substantial and confidential amount within five months of Tab Lawhorn being retained. 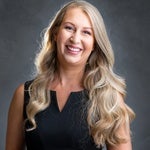 Executive Paralegal: Mrs. Champion is a seasoned trial paralegal with a decade of both civil and criminal law experience under her belt.  Mrs. Champion began her career in the fast paced area of criminal defense before transitioning over into personal injury la...