Dallas, Texas.  A federal investigation in the US Central District of Texas, Dallas Division, expanded into a current federal defendant and his alleged involvement in a series of armored car robberies.  At the center of the investigation, was the ownership of a get away vehicle that the Defendant used during one of his escapes.  At the time of the incident, the vehicle was owned by the Defendant's girlfriend at the time.  Subsequently, she became a person of interest by the FBI and the US Attorney's Office.

While at work, the girlfriend was served a grand jury subpoena to testify live at the proceedings.  A few days later, she retained Tab Lawhorn of Lawhorn & Malouf, PLLC to assist her in the matter.

After a few months of negotiations and discussions with the US Attorney, the client was no longer a person of interest and was cleared by the investigating authorities.  Further, her appearance in front of the grand jury was no longer required. 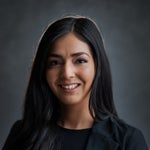 Translator/Legal Assistant: Ms. Garcia is fluent in Spanish and is a licensed Speech Therapist.